A little over a year ago, I saw Justina Robson's book Natural History in the new books section of my local library. The cover looked cool: 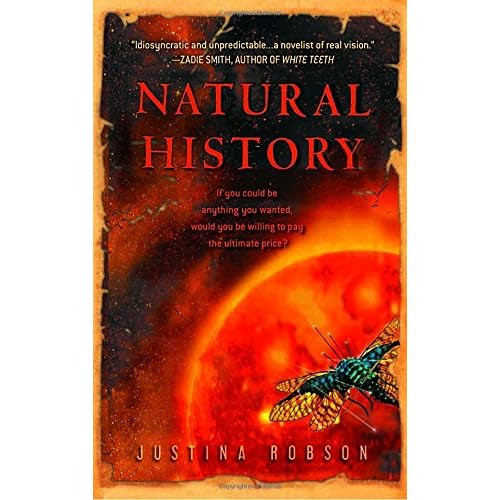 so I grabbed it...and it was a great book. I think what I really liked about it was the presentation of humans and post-humans. It's not uncommon, of course, for an SF story to wonder what we as humans will do to ourselves as technology allows us to do all kinds of things. What Robson does, though, is present them so believably, not so much with what they've done as with how that affects the many different micro-societies that develop. What tensions would arise if human consciousnesses that grew up in a virtual world are then implanted in machines once the human identity has come of age? What interactions would there be between these [humans? machines?] and those with more human-like bodies but still enhanced in different ways? And what about those who've refused to evolve in these ways? It leads to a complex society that despite the utterly weird, advanced scientific things going on is completely believable.

It should satisfy hard SF fans (though the snobbish tendencies of some make it hard to predict) but it should also appeal to fantasy fans and definitely to those who cross back and forth, sneaking from ghetto to ghetto and beyond. That's a big accomplishment. I do remember being a bit disappointed with the ending, but really the plot itself wasn't so much the joy of the book as the society she explored as the plot progressed, so it took little away from the book.

I started her first book, Silver Screen, but didn't actually finish it. It seemed to address some similar questions of technology and what it means to be human...but I just couldn't get into it. She has a new one out in the US, just reviewed at Strange Horizons. Sounds interesting, though quite different. I'll probably check it out when I get a chance.

Why bring this up? Between Natural History and the new one, she had a sequel, Living Next Door to the God of Love. Cool cover again: 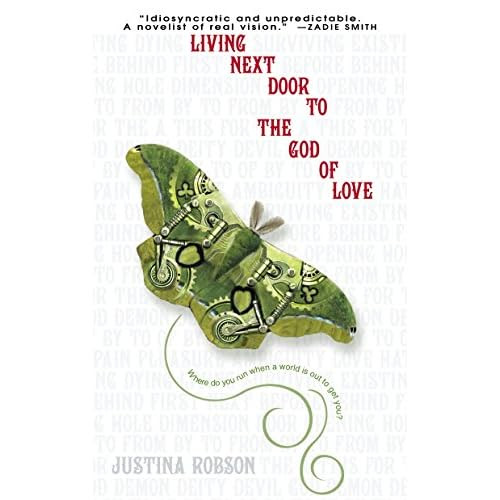 So far it's quite good, though very different from the earlier one. It has pretty bad reviews on Amazon, but that of course doesn't mean I won't like it. Though everything appears to have a scientific underpinning, this one seems a bit more fantastic, which doesn't bother me, but might influence some of the negative reviews. We shall see if it lives up to the first, but in the meantime, I strongly recommend Natural History, even to those who don't usually like SF.
Email Post