I'm putting together a few posts here to introduce the main characters of Spire City: Occupied. Starting with the airship captain Temli. 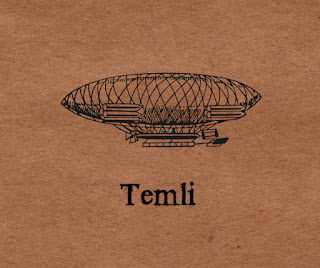 Temli is a middle-aged woman who loves to fly more than anything. She owns her own small airship that she (along with her co-pilot/navigator Paelesz) uses to transport goods (legal and illegal) back and forth through Spire City. She wants nothing to do with the politics of the city, with who's in charge and what it means for the city--except for what means for her airship business.

Like her cousin, the famous inventor Mendat, she is not originally from Spire City. The people from Aopthen often stand out with their reddish hair and brown skin, a different shade from the Spire City-born. But also like him, she's lived here for decades, has learned its language and its ways. So when Mendat dies suddenly, she knows that his absence will affect everyone in the city.

And it will change her in ways she can't yet imagine.