The first two things I knew about Spire City when I began creating the setting was that it had beetle-drawn carriages and that it kept singers chained to the peaks of its spires. I was asked this summer where those things came from, and I couldn't pin it down. The original story was begun as part of a one-hour writing exercise, and they were simply added because they came to mind as something that would be cool. The nature of writing something is such a short time is that you can't always question what strange things pop up, you just run with it.

But from the beginning I was fascinated with the spire singers. Who are they? Are they a separate people group, kept in bondage? Are they recruited from the streets or elsewhere with the dominant society? There are hints in these stories that I'll leave for readers to come to their own conclusions. But the fact is that the common people on the street just don't know (and most aren't curious enough to even wonder). And even the singers don't volunteer whatever it is they might know. 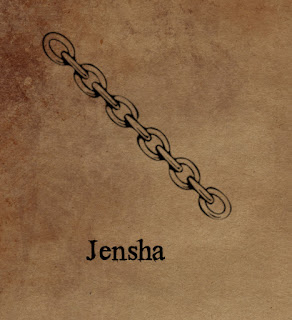 So I knew I needed one of the characters of this novel to be a singer. Jensha has been on her spire for about a decade by the time the story begins. She is an observer. It's always a challenge to make a character who only observes, but I like how it adds a different view of the events of the novel--quite literally from above.

And Jensha isn't only an observer. As the novel progresses, she learns more about her own voice and how her singing effects the beetles themselves and even the events of the city as she observes them.

Because as it turns out, even a chained singer can influence the world that she sings.