Yesterday, Nyki hosted me on his blog with an interview. And today I return the favor, but instead of asking the typical interview questions, I decided to take a different approach, based in part on his story in the anthology Unburied Treasure. His answers are delightfully absurd: 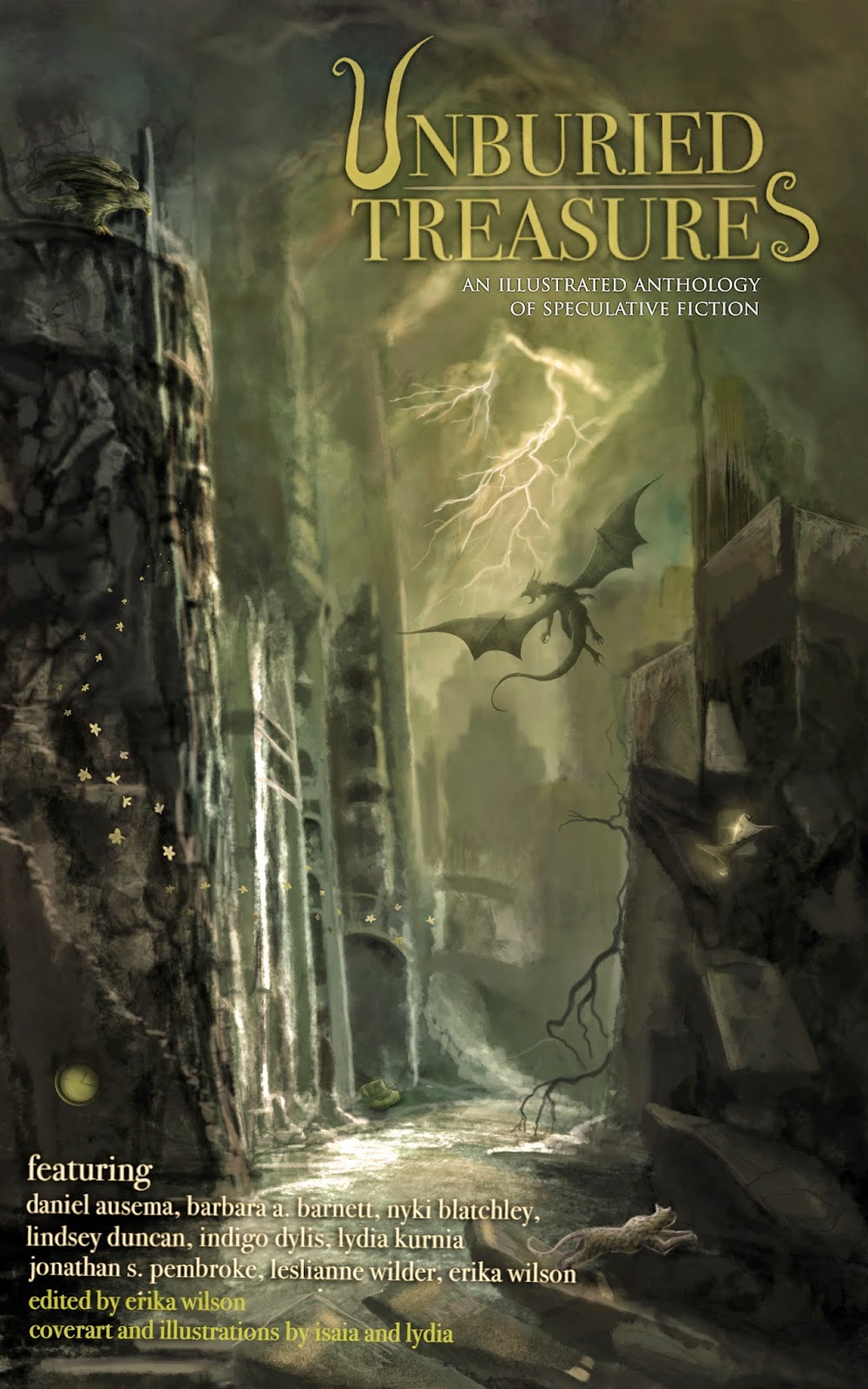 What are you listening to right now?

Porcupine or raccoon: choose one for a companion.

Difficult to say, as I've never actually met either, so I'm only going on reputation which could, of course, be slanderous. It's said, though, that porcupines get notoriously prickly if you forget their birthday, whereas raccoons just use it as an excuse to have a second birthday. So I suppose it really depends on whether they're planning on having a birthday any time during the quest.

Your story in Unburied Treasure involves a human seeking to undermine his dragon overlords. Is it dangerous to write such a political work? Have the dragons caused you any difficulties since it was revealed that you wrote such a seditious work?

Well, of course we radical activists have to take our chances. Did Hobbits for Justice get the anti-sizeism legislation passed in the Reunited Kingdom by playing it safe? Without the dedication of countless vampire campaigners, staking would still not be recognised as murder.

So… um, I sent anonymous letters to each of the dragons alleging that one of the others was about to steal their hoard. That'll have them fighting each for some years to come, and then they'll need a decade or so napping to recover. By the time they wake up, they'll have forgotten all about me. I hope.

Have you been hoarding gold? Where?

Me? Hoarding gold? Certainly not. The very idea that I'd be… er, where did that gold piece come from? What a coincidence.

If a dragon leaves London at 1:00 am and flies due west and second dragon leaves an hour later and flies straight toward your house, how much time will you have to flee? What books will you be sure to carry with you?

Well, I won't have to worry about the first dragon, as it'll be going in completely the wrong direction. The second will be a problem, though. It's difficult to gauge its speed without knowing whether it's a European or African dragon, and whether or not it's laden. But probably between two and five minutes.

I have around a thousand books, and I'll need absolutely all of them, so I'll need to get hold of a large lorry and load it within that time. If I really have to travel light, though, I'll just take a dictionary and thesaurus. And the Complete Works of Shakespeare. And a copy of each of the world's great religious texts. And all the major classical Greek authors. And all the major English poets since the fourteenth century. And all my favourite fantasy authors. And the ones that aren't fantasy, as well. That should keep me going for a while. Till I get to a bookshop, at least.

What pseudonym will you give your captors to keep them from learning your true identity? What nickname will you have the other prisoners call you?

I'll tell the dragons my name's Dan Ausema, of course. That'll have them confused.

And I'll tell the other prisoners I'm Bard the Bowman, which should get me respect in jail.

If they don't serve coffee, I won't be patronising their prisons. To paraphrase Oscar Wilde, if this is the way the dragons treat their prisoners, they don't deserve to have any.

And last, on a more serious note, what do you have coming up? What projects are you working on at the moment or hoping to do soon?

I have a "flintpunk" story coming out later in the year in Plasma Frequency, who have already published two of my stories. It's called The Petrologic Engine, and can be best described as a serious, dystopian equivalent of The Flintstones.

I still have to do some fairly heavy revision on the second and third volumes of my trilogy The Winter Legend, while the first is doing its grand tour of agents, but at the moment I'm writing the first draft of a novel that's a sequel to At An Uncertain Hour and a prequel to The Winter Legend. Its working title is "The Empire of Nandesh", but there's virtually no chance that will be its final title. I'm writing it in four 1st person POVs, one of which is the Traveller, the main character of At An Uncertain Hour. I'll be revealing a fact about him that I've hitherto kept strictly secret.

After that, I have a loosely connected trilogy to write, followed by the final book in the whole ennealogy. So that should keep me out of mischief for a while. 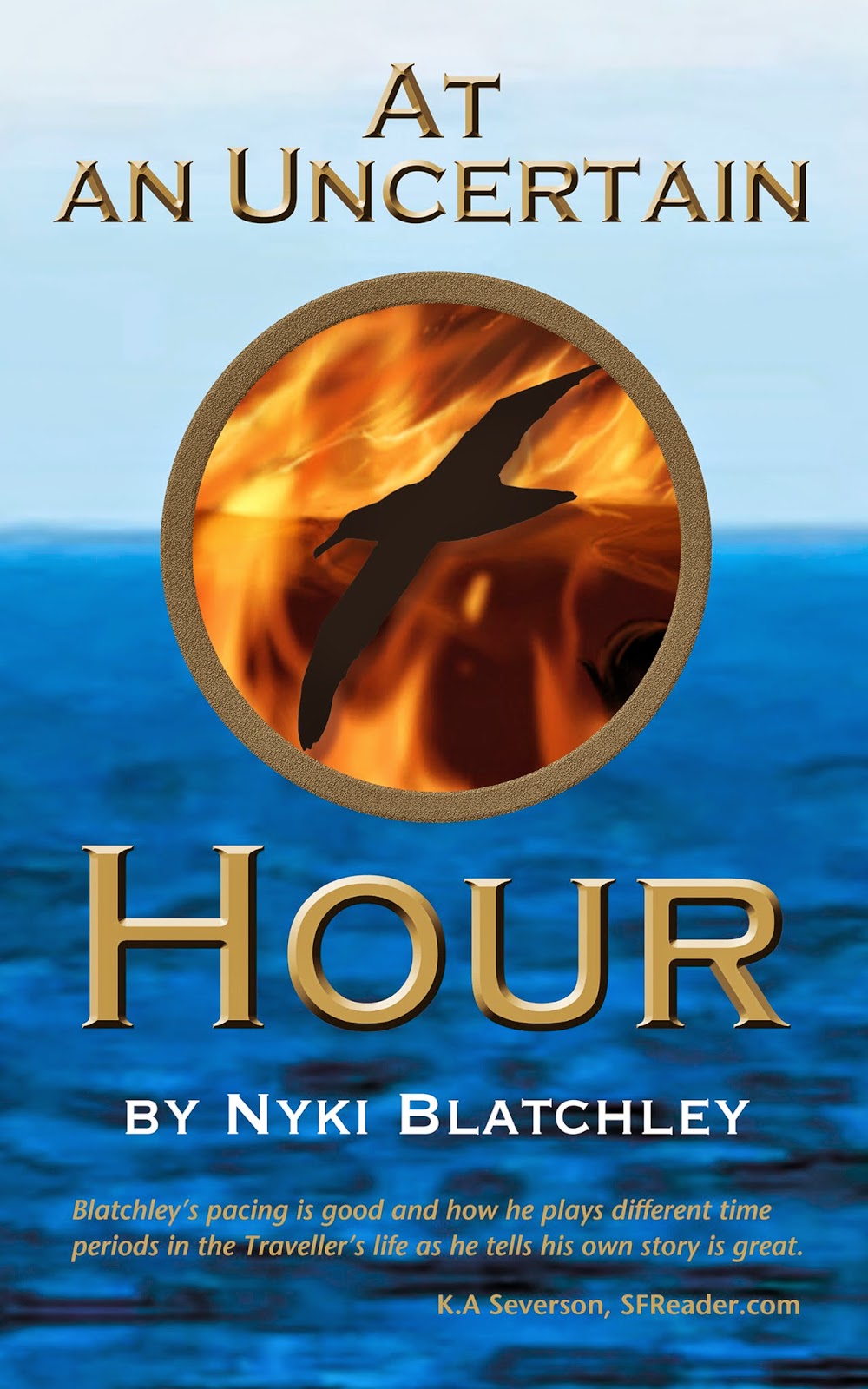 I'm also self-publishing some of my stories that are now out of print. I'm a little ambivalent about self-publishing, which seems often to be an excuse to put out unpolished first drafts, but these are stories that have already been professionally edited. I've so far republished At An Uncertain Hour, after the original publisher closed down, and a short piece called Steal Away. I have a couple more lined up, when I can organise good covers for them.

Another project I've started is writing children's stories. It started with a story I really wrote to amuse my own inner child, and it's grown from there. The stories are aimed at around the 8-10 age-range and involve a sorceress and a young girl who's her apprentice — if I manage to get them published in book-form, which is the aim, I might called it The Sorceress's Apprentice. It wasn't really intended to make a point, but the feedback I've had is that there's a shortage of children's adventure stories with female protagonists.

Then again, as I'm sure you know, unexpected ideas are always just around the corner. You never know where this writing lark is going to lead you.

Many thanks for allowing me on your blog and giving me some… er, different questions from the usual ones.

Thanks for playing along!

Be sure to check out Nyki's website for more of his deep knowledge and excellent writing, including links to all his available works.
Email Post
Labels: anthologies fantasy interviews

E.L. Wagner said…
"If they don't serve coffee, I won't be patronising their prisons. To paraphrase Oscar Wilde, if this is the way the dragons treat their prisoners, they don't deserve to have any."