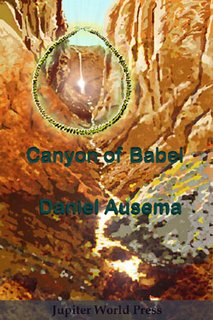 I wasn't able to update this out in eastern Colorado, but now we're back for a couple days. While we were gone, Canyon of Babel went live. So check it out!

Jupiter World Press also had a contest announced on its website for naming the Higher Education themed anthology that will be released next month. So if you want a free copy of the anthology (which includes another of my stories) come up with a good name and submit it!

I've read some stories by Lindsey Duncan, who has the other story just released, so I'd certainly recommend checking that one out as well (after you buy and read mine, of course).

Like every place, eastern Colorado has its weird and fascinating things, and I'll make an entry on some of that next time.
Email Post