I'm joining a few other writers, mostly some of those who'd been involved in the late, lamented Darkside Codex series, at a new blog called Steampunk Cavaliers. Some of the participants were introduced a few weeks ago, and there are a couple others who will be popping in now and then but weren't included in that into.

My first post went up earlier this week. It's about why I see serial fiction as such a logical part of the steampunk scene. In it I look at serial fiction in the real-world Victorian era, including one of my favorite anecdotes about how dangerous the format was seen by those in power.

So check it out, and follow the blog for new reviews and other steampunk-related goodness every week. (And if anyone is interested in having a steampunk serial featured or reviewed over there, feel free to contact me.) 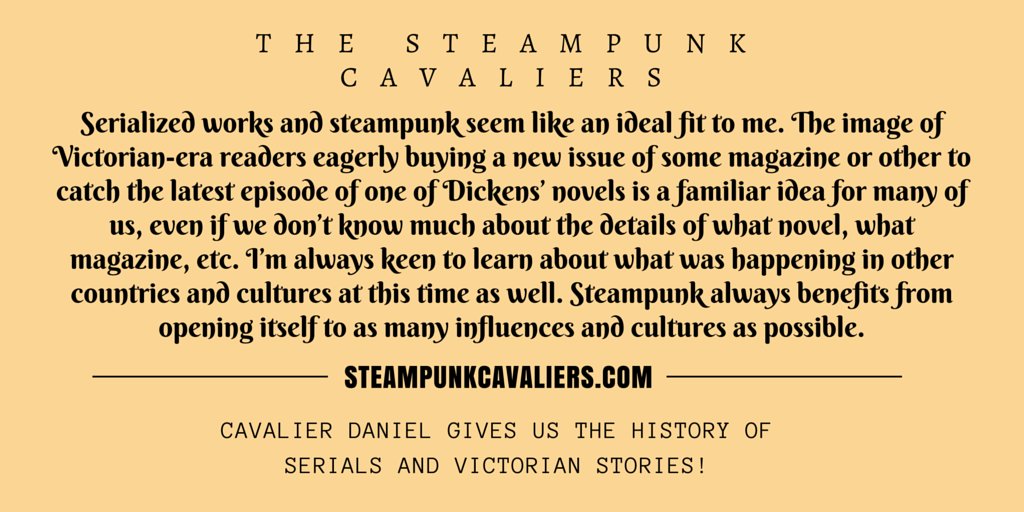