Steampunk: The Other Worlds now available 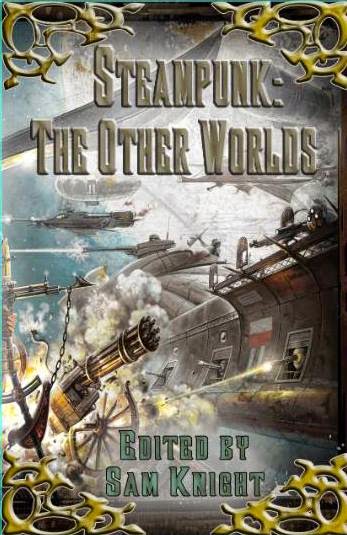 This anthology is officially debuting tomorrow, at AnomalyCon in Denver. (A steampunk convention and so nearby...if only I could be there too. Maybe next year...) The order link is live on Amazon as of earlier this week, though, and you can check out the full table of contents over on Villainous Press's website.

My story in the anthology is "Apprentice in the Steam Library." It's connected with Spire City, though not directly about any of the characters in the series. It's about a girl who works in a mechanized library and the giant beetles she finds back in the cramped stacks of user manuals.

I have to say that I was pleased with the story as originally written, but the editing suggestions of Sam Knight made it an even stronger story. I've had stories in more prominent publications that received a lot less attention than he gave this one, so I have to assume the stories as a whole will be compelling and well constructed across the board.
Email Post
Labels: anthologies publication short stories Spire City steampunk