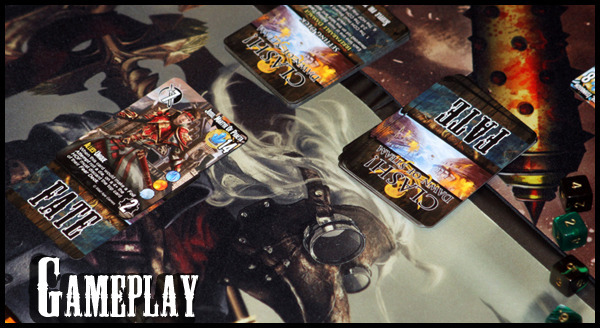 This game returns for a new Kickstarter campaign with a scaled back launch of only a single 2-played box set instead of two (and some other tweaks and changes to bring down the goal). Still looks like a very fun game, and some of the tiers include the full 80-page world book, which includes all my stories for the game as well as concept art and other cool things. So give it a look. The art is great, and the gameplay looks like a good balance of easy to learn but with a lot of potential for more advanced strategizing.

After just a single day, it's already closing in on $4k and 100 backers. So hopefully this time it can maintain that momentum and get full funding.

Speaking of my stories, the final one, which never came out during the last campaign, is online now: Braetak Xao is an Edenite, a sort of half-lion, half-human being who has recently inherited the throne of his island home. He leads an army against the dwarves who are stealing his people's trees and destroying their land in the process.
Email Post
Labels: CLASH Dawn of Steam games publication short stories steampunk