Alas for CLASH! Dawn of Steam...but not the end!

The Kickstarter campaign for CLASH! Dawn of Steam ended today. It earned 230 backers and over $12,600 toward its goal, which is a most respectable campaign in many ways...but not quite enough to meet its goal. All is not lost, though. Mad Ape Games is already working on a scaled-back campaign with only one 2-player boxed set and some other adjustments to lower the costs. So there will be more, and I'll be sure to post a link when that happens.

In the meantime, two more of my stories did appear (one as I was frantically getting ready for a road trip to Iowa, and one while we were there, which is my excuse for not posting the links at the time). 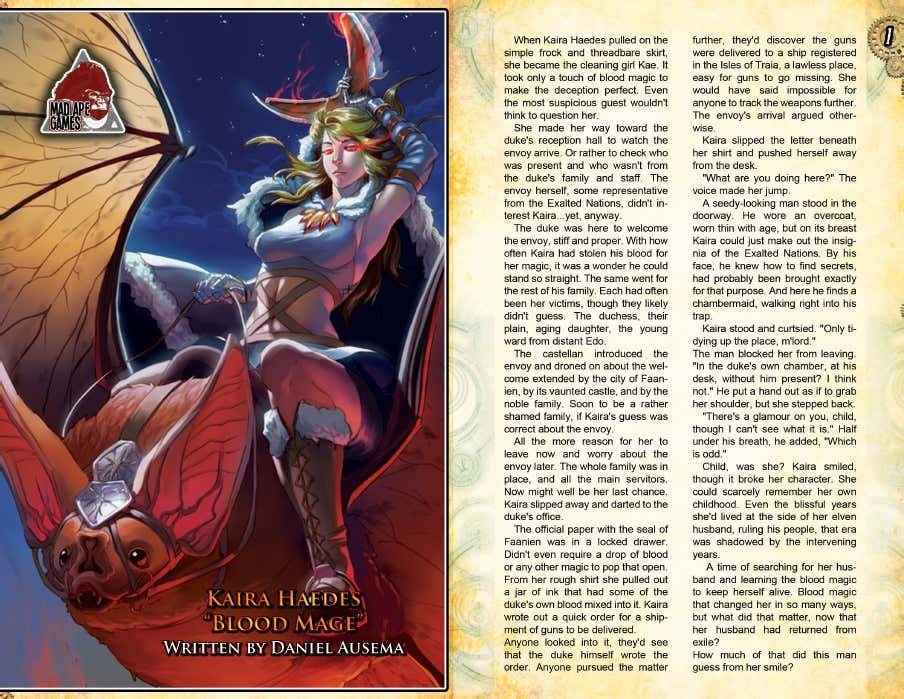 Kaira Haedes is a bat-riding, blood-magic-casting Herald of Fear. Rather than brute force, she uses magic and trickery to bring down a city.

Arandor Lantheiin is as much a staple of typical epic fantasy as anything I've likely written in years, an elven king with great knowledge of ancient magic. The story is pure epic fantasy, the heroes besieged in an impregnable fortress--or so they hope--and a powerful force camped outside their walls, trying to break through. But you should know by now that the story won't end up as predictable as that might sound.

So give them a read, and let them whet your appetite for the new, revised campaign for the game in a few weeks or so.
Email Post
Labels: CLASH Dawn of Steam publication short stories steampunk