Welcome today to Martin Bolton, a fellow Musa fantasy author. He is the co-writer of the novel The Best Weapon and its sequel Sorrow. Sorrow is being published in serial format, with part 13 (of 16) as the most recent one released.

As part of this interview, we're holding a contest for a free copy of The Best Weapon. So simply comment below, and one lucky reader will win a copy of the novel. For all the episodes of Sorrow as well as The Best Weapon, visit Musa's page. Also visit his website for more information about his work.

Without further introduction, here is the interview:

You actually co-wrote The Best Weapon and Sorrow with David Pilling. How does that process go? Do you hash out all the details together at the start of the book? Before each chapter? Does one of you always do a certain part of the writing? 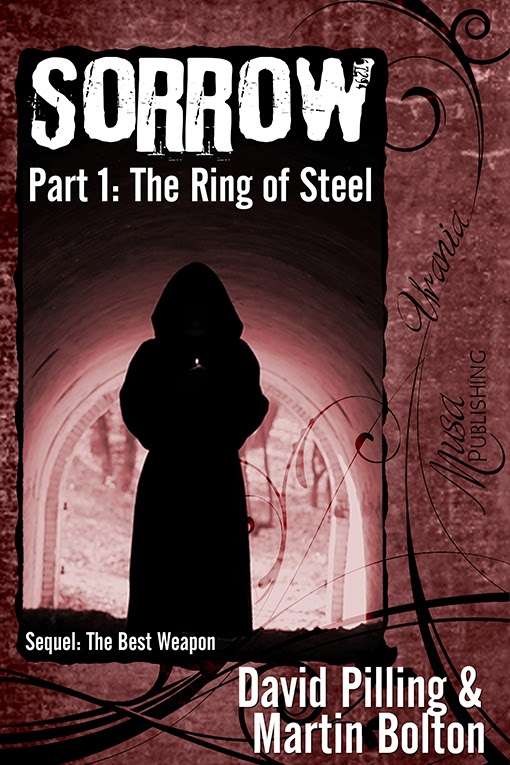 When we wrote The Best Weapon, we didn't know where to start. We had no idea how other co-writers had worked. Luckily, the idea to write a book came to us in the pub, which is where all our best ideas come. David had been writing short stories and I had been writing a parody news website called Kerrier District News. David had been encouraging me to write a short story. Over a few decent ales, we decided it was time to write something together.

We knew we were going to write epic fantasy, which made it easier because there are so many strands, characters and sub plots in this genre. We decided it would be easiest, at least for our first book, to write a story about two different people born on opposite sides of a world, who were inexorably destined to meet. I would write about one character and create their culture and environment, and David the other. That's how we came up with The Best Weapon – Naiyar and Fulk were born of necessity in real life, as well as in the book.

From there on we would meet once a week or so in the pub, get beered up and basically rant about what we had written. We would bounce new ideas of each other and come up with new characters and aspects of the tale. So the story grew pretty organically. It was easier then because we lived quite near to each other in London. Sorrow was a different proposition because by then I had moved to Bristol and David to Wales, so we communicate by email and meet up once every couple of months.

Sorrow is being released in serial format. But it's the sequel to The Best Weapon, which was released as a traditional novel. What led to the change of format?

The main reason for the change in format was because we thought it might help to boost our profile as fantasy authors. Sorrow was initially written as another full-length novel, but we felt the plot leant itself to being serialised and we decided it was worth trying. I've enjoyed releasing a serial. It is a bit easier editing a bite-sized chunk each month and I loved coming up with sixteen different tag lines. All in all, it has been a valuable experience, but I want to write another full-length novel now, which is what we're doing.

How did that change the writing process?

The writing process never changed because we wrote Sorrow as a full-length novel. The editing process was much different, however. First I had to split the novel into sixteen parts, each with some sort of cliff-hanger, which was difficult because you end up with almost entire episodes written by either me or David. I tried my best to keep a balance of both writers in each one but it didn't always work out. It wasn't really a problem though, because I think we have very similar writing styles, that's why we write so well together.

How do you think that changes the reader's experience of the story?

Hopefully each episode leaves the reader wanting more. I suppose that's the idea with a serial, you want them to be waiting for the next one, wondering what happens next. I don't know if we've achieved that, but hopefully we've got somewhere close.


You have an excerpt on your website of the next novel, Hardway. Is this a direct sequel to Sorrow, or a separate story that takes place in the same world?

Hardway is standalone novel set in the same world (The World Apparent) but farther to the east and with a completely new bunch of characters. I can't tell you much about Hardway, but I can tell you that the title is the name of an island, a former penal colony that has won its independence, which is on the front line between two warring empires. As for the people who live there, and the journey they must make, you will have to wait and see.

Are you writing this one in a way that it can be serialized as well?

Sorrow has a gritty, epic fantasy feel, with certainly other influences. What would you say are the main influences on the story? Any that might surprise readers as not an obvious influence?

My main influence was Robert E Howard. I was reading The Chronicles of Conan while I was writing The Best Weapon, I love the colourful way he wrote and Conan is probably my favourite fantasy character, when I was a kid I wanted to be a barbarian – I should have eaten my greens. I wanted to write fantasy like that but with a bit more gritty realism. I'm also a big fan of Joe Abercrombie.

As far as story-telling is concerned, Bernard Cornwell is one of the best, and has certainly had a big influence on me (if you haven't read his Warlord Chronicles, please make it a priority).

I also like a dark, supernatural slant on my fantasy as well as the sword and sorcery, and H.P Lovecraft is the master of eerie, graveyard horror as well as some really twisted fantasy. After reading Lovecraft's short stories it was impossible not to be influenced by him. 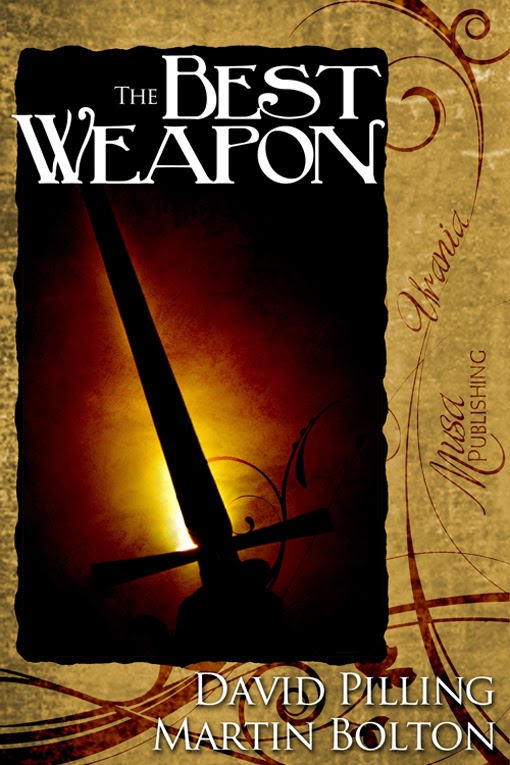 Jeremy Dyson's sheer imagination has also influenced me in everything I write. I read a collection of short stories called Never Trust a Rabbit and it really made me think. There are some amazing ideas in that book.

What's next for you? Besides working on Hardway, anything else in the works?
Well, Hardway is the big project at the moment and will be for some time. I try not to plan too much at once otherwise I find it hard to focus. I am writing for a blog called The 900 Club, which is a group of five writers (one of whom is David's dad, John) who each write a nine hundred word short story every month. I post them all on the blog on the last day of each month. We're just celebrating our first anniversary and I'm about to publish the anthology of 2013 stories (that's the year, not the number of stories).

My thanks to Martin Bolton for his answers. Don't forget to comment to be entered to win a copy of The Best Weapon. Here is the description of that novel:

The best weapon against an enemy is another enemy.
Two young men, born on opposite ends of the world, are inexorably drawn together by forces outside their control or understanding. Created and manipulated by demonic forces, they must take charge of their own destiny and seek to prevent the very disaster they are supposed to bring about. As their world slides into war and chaos, they are faced with the ultimate question: can men do without Gods?
Email Post
Labels: contest fantasy guest blog serial fiction writing

Beth Turnage said…
I once tried co-writing with someone else and the project just didn't work. I am amazed that two people can do that because there are many challenges that go hand-in-hand with co-authorship.

Anonymous said…
Thanks for your comment. Co-writing is a challenge but it is also a lot of fun. Having someone to bounce ideas off is good too. We're lucky because we have influences and writing styles and we're good friends too so it works for us.
3:56 PM

Daniel Ausema said…
Writing has always been a very solitary thing for me, so it's always interesting to see how others have managed to co-create something.
9:13 AM