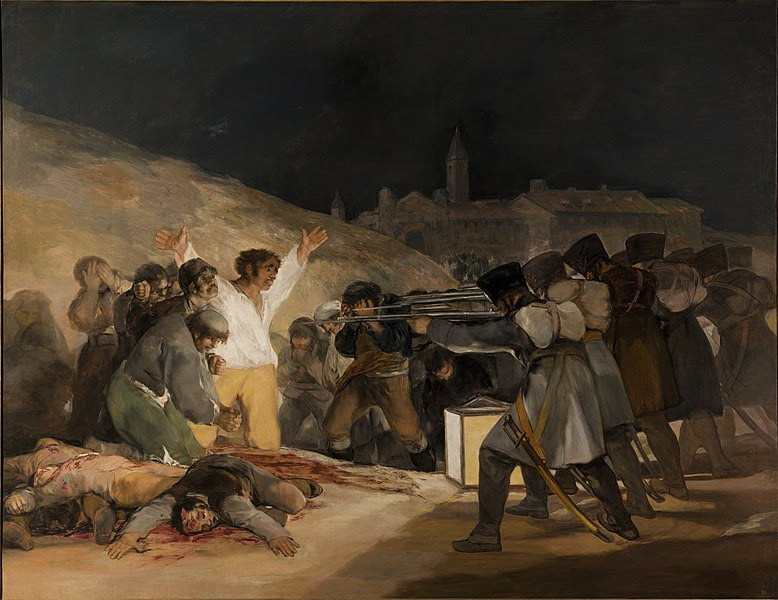 I recently finished a short story inspired, in part, by this painting. It's not meant to be a direct telling of this same scene, but rather plays with the idea of an artist reacting to, commenting on, inciting revolution against such an atrocity. When I was in Spain I saw this painting at El Prado, along with many other works of Goya. This one was especially memorable.

One of the first readers actually mentioned Picasso's Guernica, which did flash through my mind as I wrote (it's another work I saw in Spain--and another that's not quickly forgotten), but it wasn't a big source for the story. Still, I'm entertained to learn that Guernica was also inspired by El tres de mayo, so maybe there's a closer connection than I was realizing.
Email Post
Labels: art Spain writing