Skip to main content
Labels
April 02, 2010
Inspiration
I finished the Sykes book this week, and continued to find things fascinating, especially when he uses his discoveries to dig into things like immigration patterns. I also began a new nonfiction book, which is proving to be quite interesting so far--The Power of Babel by John McWhorter. The subtitle is "A Natural History of Language," and it explores how language changes constantly, like a 70s lava lamp.
But what's really grabbed my attention this week, interesting as both those books have been, was from neither but instead a stumble across a variety of articles, images, and video of the giant isopod. It's this weird, armored, deep-sea relative of the pill-bug that can grow up to thirty inches long. The deep sea has some wildly bizarre creatures that certainly deserve a home in weird fiction...and this has to be among the most alien, even of those. So I'll leave you with one picture of it, staring out of this post at you... 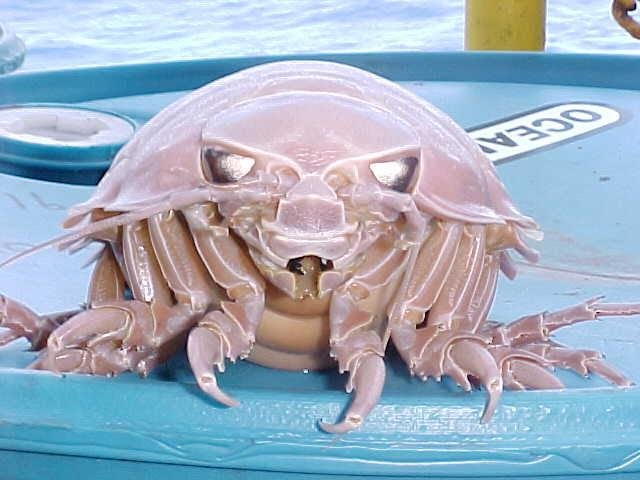