"Six Views of the Wall" in Dear Leader Tales anthology 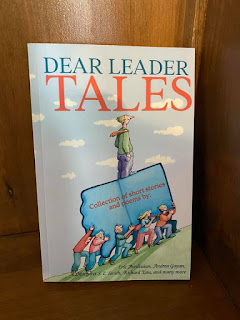 I'm thrilled to have a story in this new anthology, Dear Leader Tales. Here's the write-up for the book:

2020 has been a very trying year for humanity. In addition to a barely-checked viral contagion causing widespread economic distress, there are the usual cavalcade of Dear Leaders doing exactly what they do best, oppressing and dividing the rest of us. Politicians don’t have an exclusive in this regard, although sometimes it seems that way. These stories and poems are meant to humorously talk truth to power, even though we fully understand the narcissists simply won’t see themselves represented. Whether your Dear Leader is an orange-haired Wendigo, Asian Dictator, Religion, CEO, spouse, demon, or feline overlord — all are fair game in this wide-ranging collection. 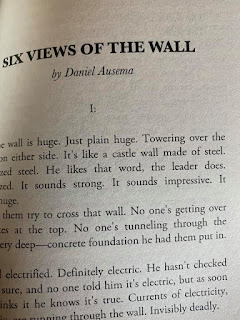 As the contentious American Presidential Election campaign comes to a close, many of us could use a humorous respite and to remind ourselves the problem is not new or different, just oppression’s same old song. Take a break, read these stories — the things we worry about today will pass and new ones will emerge. This collection will take you to the next screen.

My story is called "Six Views of the Wall" and is about a leader obsessed with a wall that is not at all as grand as he's promised, or as he imagines it in his fevered mind. And about the people who resist his foolishness. I wrote it in July, right after coming across the anthology call.
The anthology is full of many stories and some poems as well, so give it a look!
Email Post
Labels: anthologies politics publication short stories