Arcist magic (pronounced with a hard c: ARK-ist) is a magic of archetypes, a magic of emotions that can manipulate how people respond to the events around them, from very broad reactions of sadness, apathy, happiness, or anger, to much more nuanced responses. The Arcist Chronicles take place when this magic is a new force in the world, and its uses—and limits—very much still to be discovered.

Book One, The Silk Betrayal 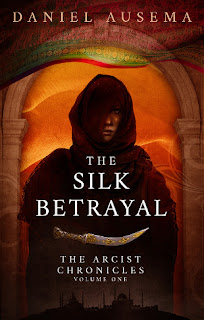 A young man travels to the city to study magic, but he finds intrigue and revolution.

Pavresh hoped to master the intricacies of arcist magic. Instead, he finds himself entangled in the city's events. While princes scheme against each other for power, revolutionaries plot against them all to overthrow the rigid caste system. Poets try to inspire change with heretical words, while militants plan more forceful action. A woman born to the princely class, rendered untouchable by a disfiguring accident, sees in revolution a path to a better life. All these strands meet at the home of Chaitan, the elderly master magician from whom Pavresh wishes to learn.


In such an environment, betrayal is inevitable. When loyalties conflict, how does one decide whom to betray?

The print edition of the book was released in December, 2017. And it's beautiful, in both paperback and hardcover editions. If you are in the UK, you can get a copy faster and cheaper (with more money going to both publisher and author) directly from the publisher's website.

The Kindle version of the book was released on April 1, 2018 (no foolin'), so now you have no excuses... Get a copy in whatever format you prefer.

In December 2018, to mark one year since the print version's release, I wrote a series of mini essays and posts, giving a wide ranging view of the background of the world of the novel and its characters. Explore those posts—before, after, and while reading the novel—to learn more about arcist magic, the poetry of an imaginary world, avoiding cultural appropriation, and much more.

But wait, it's book 1? What about the rest? 2021 update: Book 2 is tentatively titled the The Roots of Betrayal. We are planning a spring 2022 release. Book 3 is the concluding volume of the series and is tentatively called A Trade in Betrayals. It should be published as soon as my publisher's release schedule allows.

Check out the awesome map for the book below: 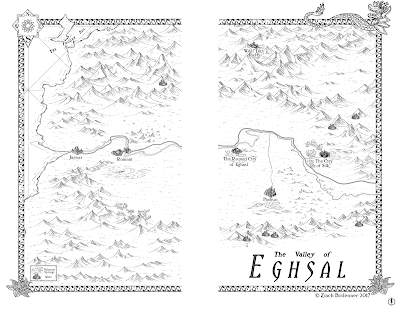